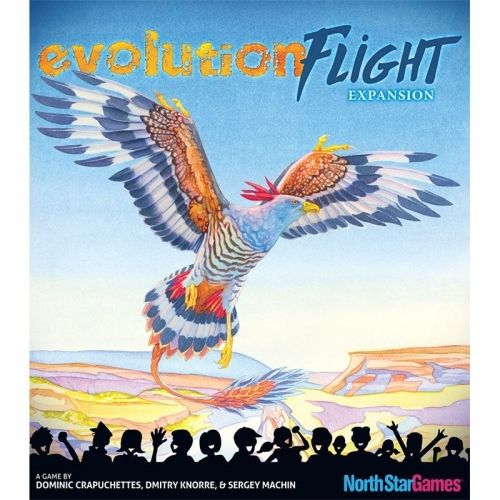 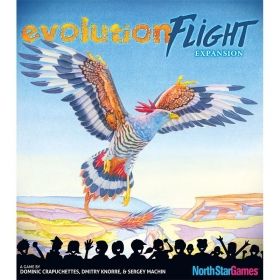 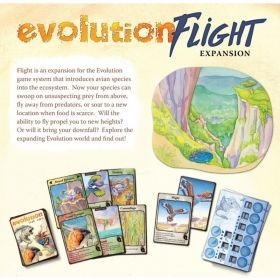 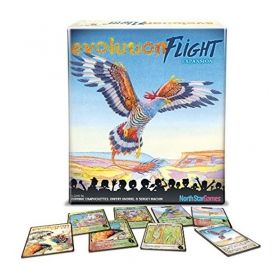 Evolution: Flight, an expansion for Evolution, introduces avian species into the ecosystem. Now your species can swoop on unsuspecting prey from above, fly away from predators, or soar to a new location when food is scarce. Will the ability to fly propel you to new heights? Or will it bring your downfall? Explore the expanding Evolution world and find out!

With this expansion, you may now choose between creating a normal species and creating a flying species. Flying species have special costs and advantages:

The expansion changes tactics and strategy dramatically, but it doesn't change the base game's core mechanics, so it's a snap to learn.