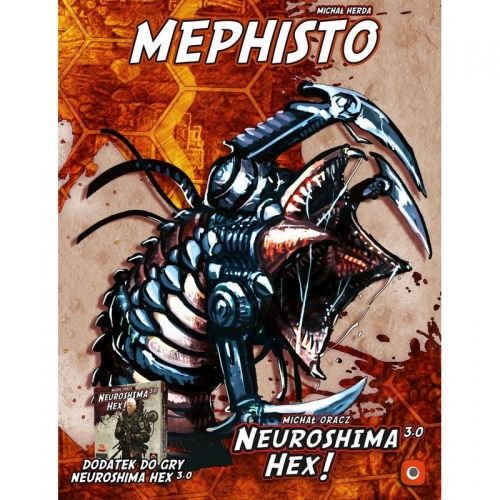 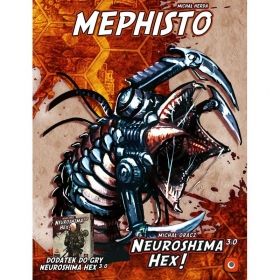 "Mephisto" is a symbiotic alien creature brought to Earth about 65 million years ago by a meteorite. It has grown since then from a small spawn to a net of interconnected, specialized grubs, reaching from Australia to the North Pole through both Americas. Now in the year 2050, the war on the surface above is blazing and furious like it was never before. Mephisto, slow as it is, has noticed that something on the surface wants to harm it and decides to participate in the war to defend itself.

Neuroshima Hex! Mephisto started life as a fan-created army expansion for Neuroshima Hex!, one published in small numbers by Portal Games as an exclusive gift for loyal NH fans, but in 2013 Portal Games announced that it had developed Mephisto and would now release it as an official expansion.