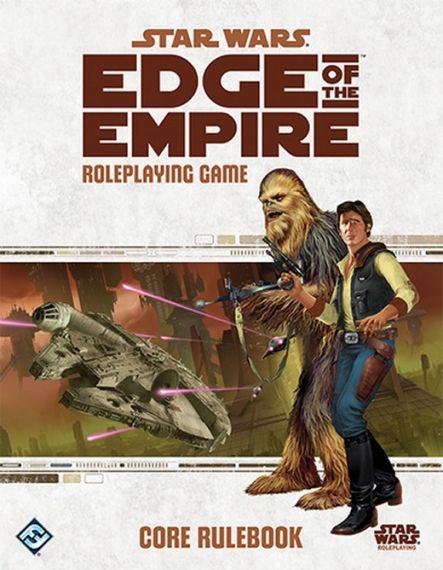 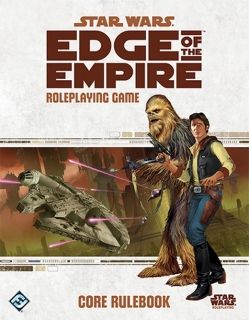 A long time ago in a galaxy far, far away...

It is a time of unrest and opportunity. The Empire struggles to maintain its grip on the galaxy in the midst of civil war. On the edge of the Empire, scoundrels and smugglers, bounty hunters and bandits, explorers and exiles all scramble for a living.

Embarkon your own adventures in the Star Wars galaxy with the Star Wars: Edge of the Empire Roleplaying Game. This complete tabletop roleplaying game explores the lawless fringes of the Empire. Flee from Imperial entanglements, double-deal with Hutts and gangsters and jump to lightspeed in the fastest hunk of junk in the galaxy.

- A dynamic dice mechanic that goes beyond success and failure to enhance narrative gameplay.

- Obligation rules to invest player character in the story of Edge of the Empire.